At the hospital in Tuscaloosa, Derek Stokes said doctors examined the bite from the police dog and discussed whether they would have to amputate his arm.

“I was like ‘amputation?’ I went from going to Walmart to amputation?”

“I was scared to let them amputate the arm,” he told AL.com. “The arm was the evidence. If they amputated my arm, not only would I be without an arm, but I wouldn’t have any evidence of what the police did to me.”

Doctors performed several surgeries, using tissue from Stokes’ belly to rebuild the chunk of flesh bitten out of his forearm. Stokes said he felt like a science experiment. Doctors sewed a flap of skin that connected his right arm to his side.

And he said he couldn’t move his left arm, either, because police shackled him to the hospital bed. Armed officers took turns and rotated in shifts, guarding Stokes, a suspected shoplifter, for three weeks.

Earlier that day, before the dog bite, Stokes browsed the aisles at the Walmart on Skyland Boulevard in Tuscaloosa.

He told AL.com he often made the hour drive from his home in Columbus, Miss. to Tuscaloosa so he could buy supplies in bulk from the nearest Sam’s Club. And while he was in town, he’d pick up a few things at Walmart or the mall.

Stokes said he paid for a phone card, snack packs of chips and a toy for his goddaughter, then headed for the exit.

A Walmart employee stopped Stokes and accused him of shoplifting a video projector, according to police, who say he hid the item in his overalls and pushed the employee. Stokes says he did not steal anything from the store and says he tried to show a receipt.

A Tuscaloosa police officer was already on the way to the store, where she worked off-duty, when a call came in about the alleged theft. In a statement to AL.com, the Tuscaloosa Police Department said the officer was trying to handcuff Stokes when he pulled away, shoved her and ran outside.

Stokes said he ran because he was frightened when the officer reached toward her gun belt.

The Tuscaloosa County Sheriff’s Office said in a statement to AL.com that a K-9 deputy heard a radio call that the city police officer “attempted to deploy her taser but that it was ineffective against the suspect.” City police told us Stokes was already running away and the Taser didn’t hit him.

Stokes sprinted behind the store, toward a drainage ditch at the bottom of a steep, grassy hill near the woods. He said he tripped and fell to the ground. Then he saw a Tuscaloosa County sheriff’s deputy several yards away with a large police dog.

“I was in the process of letting them handcuff me,” Stokes told AL.com. “I didn’t resist. I had submitted to them.”

Stokes said he watched in what seemed like slow motion as the dog charged down the grassy hill.

A Tuscaloosa County police dog charged down this hill behind the Walmart on Skyland Boulevard in Tuscaloosa and bit Derek Stokes, who police say was suspected of shoplifting a video projector.

“It came so hard, so fast that the officers around me jumped back,” he said. “It hit me so hard, it knocked me back.”

The dog sunk his teeth into Stokes’ right arm — dragging, pulling, shaking him, tearing through flesh.

Police apprehension dogs are specially bred and trained to pursue and bite suspects who run or resist, sending an average of 3,600 people to emergency rooms nationwide every year. AL.com, working with three other news outlets in 2020, found suspects are typically unarmed and can face life-altering, permanent injuries in relation to misdemeanor, non-violent offenses.

Stokes said he screamed in pain and begged police to get the dog off his arm. He reached with his left hand to try getting the dog to let go, he said, but an officer kicked him in the face and told him, “don’t put your damn hands on my dog.”

Citing an ongoing investigation, the city of Tuscaloosa denied AL.com’s request to release video of the incident, and the sheriff’s office did not respond to a request to make the footage public.

When the dog finally let go, Stokes said, he felt like he was going to pass out. “I really thought I was going to die,” he said.

EMT’s loaded him into an ambulance bound for DCH Regional Medical, the hospital located just a few miles across town.

After surgery, lying there with a chewed-up arm grafted onto his midsection, Stokes said he remained handcuffed and under guard for weeks.

He did not have his cell phone. He says they wouldn’t let him call his family to tell them where he was or what happened. Doctors performed several surgeries, using tissue from Derek Stokes’ belly to rebuild the chunk of flesh bitten out of his forearm. This photo was taken while he was hospitalized in Tuscaloosa. Attorney Martin Weinberg

“Because he was a prisoner and in police custody, Mr. Stokes was not permitted to make phone calls,” Stephanie Taylor, a city police department spokeswoman said in a statement to AL.com.

Back at their home in Columbus, Stokes’ partner, Lakishia Summerville, worried. She’d expected him home that night. She tried calling him but there was no answer.

She said she called hospitals, police and the jail in Tuscaloosa but they all told her they didn’t have anyone named Derek Stokes. A DCH hospital spokesman didn’t respond to a request for comment.

“I was so scared,” Summerville said. “No one would give us any answers.”

So every day, she said, she made the hour drive along Highway 82 to Tuscaloosa, searching for information about what happened to her partner.

A week later, Summerville said, Stokes’ family got their first confirmation that he was alive. A bill arrived. It was from a radiology company seeking payment for treatment at DCH.

Tuscaloosa police dispute this account, saying in a statement that the department’s deputy chief spoke to Stokes’ father on the phone to provide updates on his condition “for the majority of the days he was hospitalized and in custody.” The police did not say how many days passed before they notified Stokes’ family.

Summerville said she was finally allowed to visit Stokes about two weeks after the bite. Stokes said that one day, the police left the hospital, without explanation, and didn’t return to his room.

Tuscaloosa police said officers were required to guard him from March 5 to March 26 because he was a “medical prisoner.” But after those three weeks, police said, it was too expensive to pay overtime for an extra officer or pull a cop from the street, so they decided to delay charging him with any crimes until he was released from the hospital.

“The arm was the evidence. If they amputated my arm, not only would I be without an arm, but I wouldn’t have any evidence of what the police did to me.”

In the end, Stokes said he spent 36 days in the hospital and underwent five surgeries. When he left the hospital on April 10, there were no officers there to take him to jail.

Stokes still has not been charged with any crimes, though police say his case will be presented to a grand jury for consideration of indictment. The Tuscaloosa County District Attorney’s office didn’t return a call for comment.

‘This is the rest of my life’

But police dog bites can lead to serious injury, even death. And those cases often wind up in court.

Martin Weinberg, a civil rights attorney based in Birmingham, is investigating what happened to Stokes. He said police should never use dogs to bite people because of the risk of serious injuries, like those Stokes suffered.

“I can’t think of any way for them to justify using the dogs,” Weinberg said. “These officers can’t be the judge, the jury and the executioner.

“Derek could have died and by God’s grace his arm was saved,” he told AL.com.

Many police departments in Alabama deploy K-9′s for all sorts of tasks, from sniffing for drugs, to finding lost people, to chasing down suspects. But few bite incidents become public in the state.

Until responding to questions from AL.com, the sheriff’s office did not release any information to the public about the Stokes bite. There were no stories on the news, nor press releases issued by police.

“I can’t think of any way for them to justify using the dogs. These officers can’t be the judge, the jury and the executioner.”

The sheriff’s office did not respond to AL.com’s request for a copy of its K-9 deployment policies. The office also didn’t respond to requests for the names of the deputy and the dog, nor whether there was an internal review of the bite. 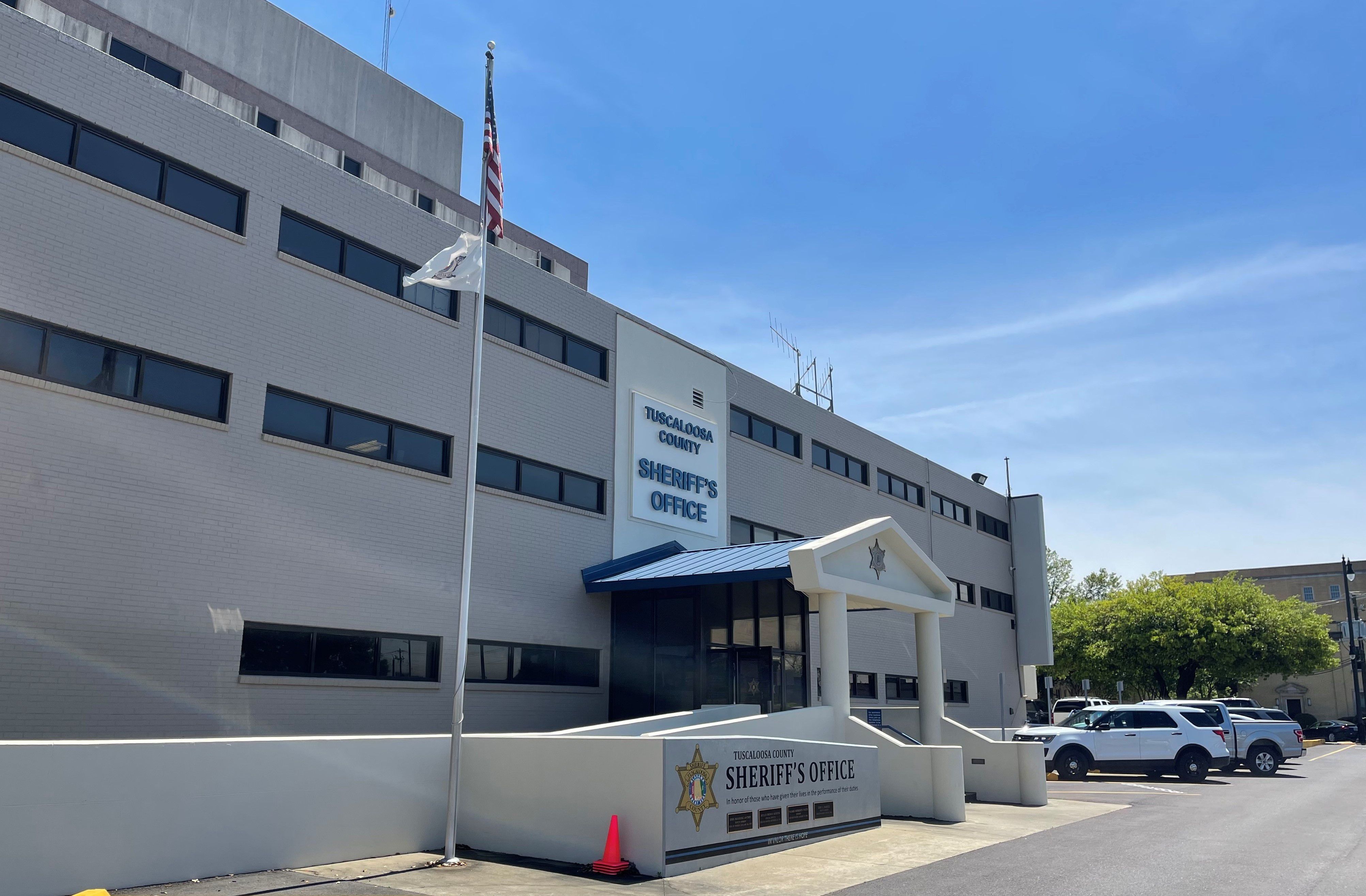 The Tuscaloosa County Sheriff’s Office in Tuscaloosa, Ala.

The K-9 unit is featured on the sheriff’s office Facebook page and website. It says the dogs sniff for drugs and explosives, accompany officers serving warrants, patrol in “high crime areas” and serve as backups on “dangerous calls.”

The dogs and their handlers are trained on the standards of a state police school in Germany, according to the website.

“The Tuscaloosa County Sheriff’s Office keeps a close watch on current trends in training and constantly strives to maintain the proficiency of the K-9 Unit at a level of excellence,” the website says. 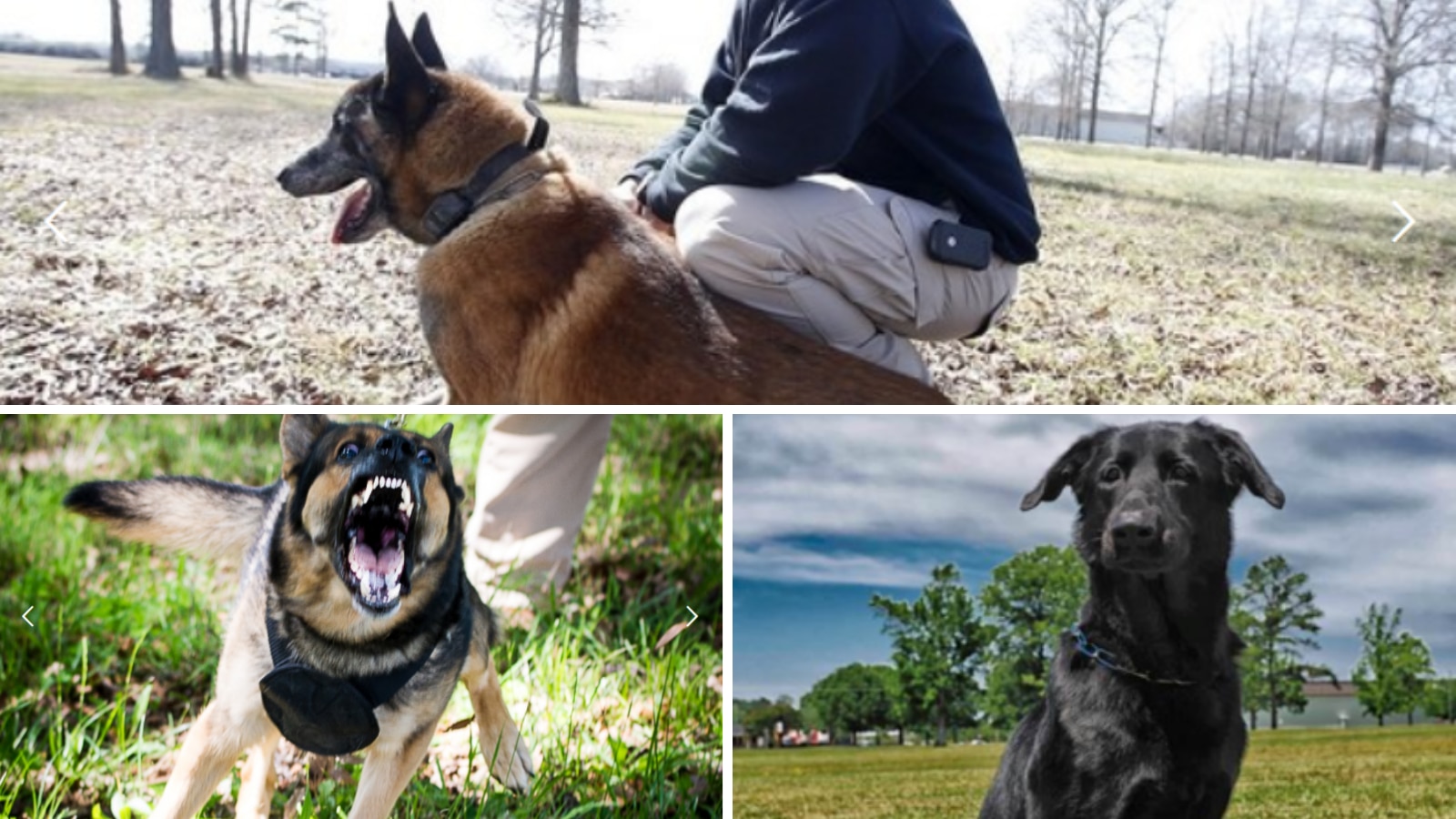 Stokes said he hopes telling his story will urge lawmakers to implement national standards for police conduct and training — especially when it comes to using force. He said he also hopes sharing his experience can help prevent someone else from suffering what happened to him.

Last year, Stokes was put on probation in Mississippi for shoplifting. But Stokes said he’d recently been volunteering with at-risk youth in his hometown to teach them self-defense and wrestling.

Stokes, who served time in prison in the 1990s for robbery and assault and more recently for cocaine and gun possession from 2002-2003, said he and other formerly incarcerated men who turned their lives around were trying to guide the young men toward college, a future without guns and crime.

“We try to show kids that our past follows us, teach them to do the right thing and stay out of trouble,” Stokes said. “The kids are discouraged now. They’re like, ‘If the police did this to you, what chance do we have?’”

Born and raised in Columbus, a shrinking Mississippi city of about 23,000 people in Lowndes County, Stokes said he now suffers from night terrors and extreme anxiety, both commonly reported by people mauled by police dogs.

At home, Summerville, a combat veteran and former Army medic, helps care for his wound to prevent infection. Stokes said he doesn’t know when or if he will regain full use of his arm.

“I haven’t always lived a spectacular life, but I don’t deserve this,” Stokes said, pointing to his injuries. “This is the rest of my life. This is what they did to me.”