By Christine Rendon For Dailymail.com

It seems as though Renee Zellweger has really found her Prince Charming.

The actress, 52, was literally swept off her feet by her new boyfriend Ant Anstead following his soccer game in Orange County on Sunday as they passionately kissed on another.

The Wheeler Dealers host, 42, held Renee, 52, in his arms for the big PDA after branding her ‘incredibly magical’ on social media when they went Instagram official later in the day. 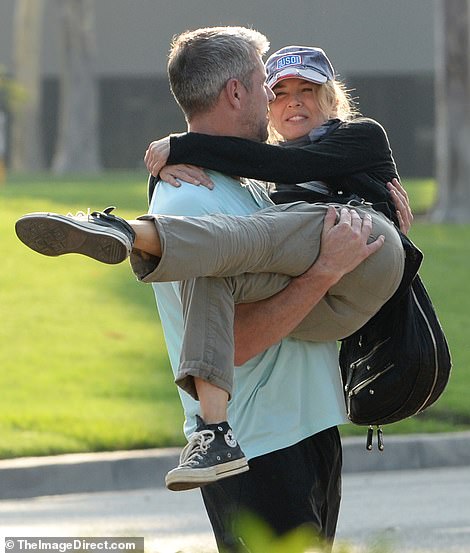 Her prince charming! Ant Anstead literally swept his new girlfriend Renee Zellweger off her feet during a PDA-packed day in Orange County on Sunday

Renee came by to support her new man at his soccer game, and Ant showed his appreciation for her efforts by showering her with plenty of affection.

The hunky star passionately planted kisses on the actress after he effortlessly hoisted her into his arms.

The duo, who have been dating for just a few short months, looked head over heels in love with one another as they snuggled and smooched one another.

The love fest continued by their car, where the couple continued showering each other with affection. 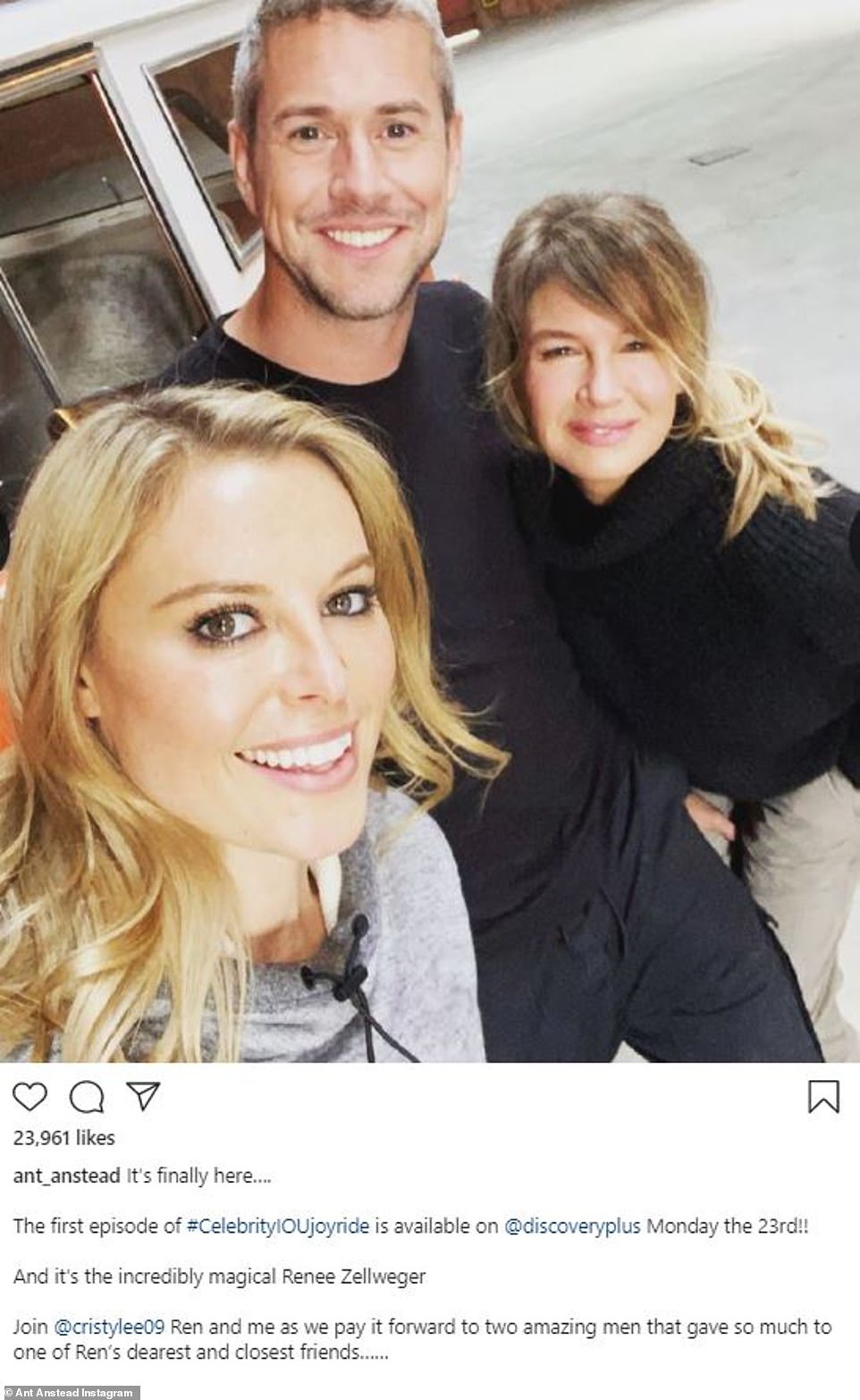 Renee flung her arms around Ant’s neck as the duo continued their make out session by the open door of their car.

Despite being fresh from a soccer game, Renee didn’t seem to mind the sweat as she held her new beau close.

Ant was still wearing his soccer uniform, which consisted of a light blue T-shirt, shorts, and tall black socks. Renee also kept it casual, donning her usual look of a cap, sweater, and trousers. 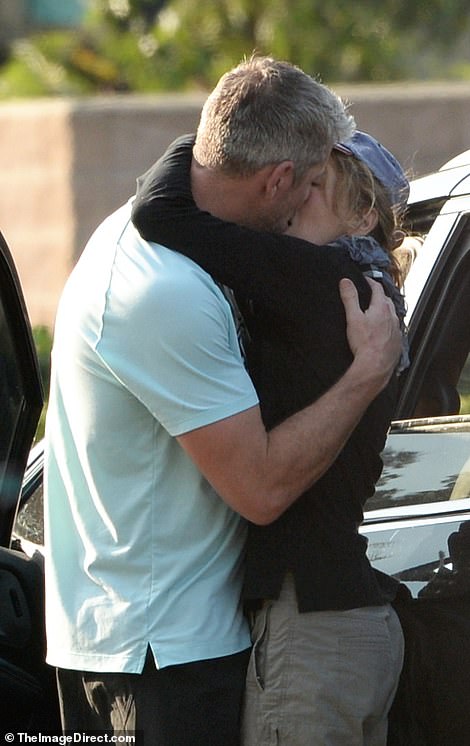 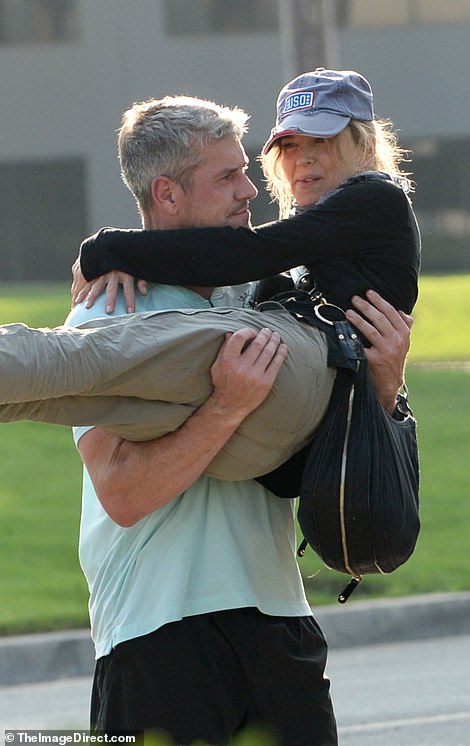 Love is in the air! The love fest continued by the couple’s car as they couldn’t keep their hands of one another

Ever since going public with their romance this summer, Ant and Renee have never shied away from public displays of affection, but the couple looked particularly loved-up on Sunday.

Perhaps it has something to do with the duo going Instagram official.

The shot showed Ant posing with his co-host Cristy Lee and his ‘incredibly magical’ girlfriend, whom he met on the show. 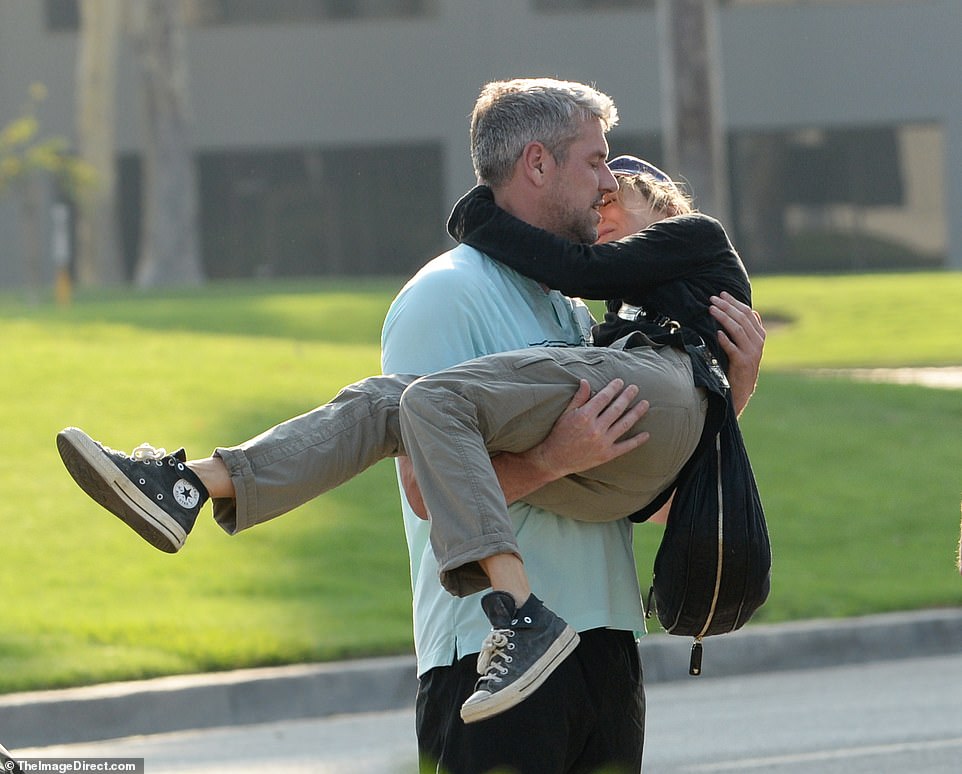 Mwah! Perhaps their loved-up display has something to do with the duo going Instagram official 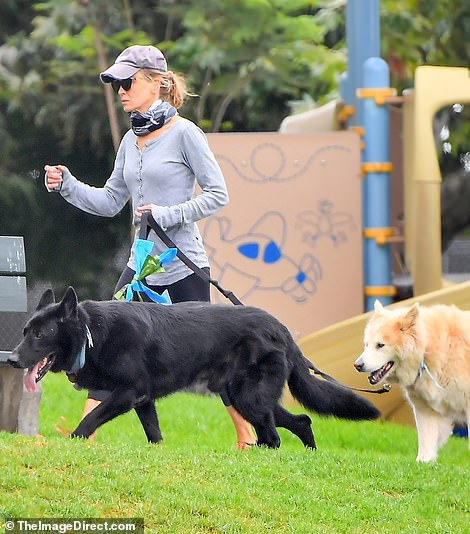 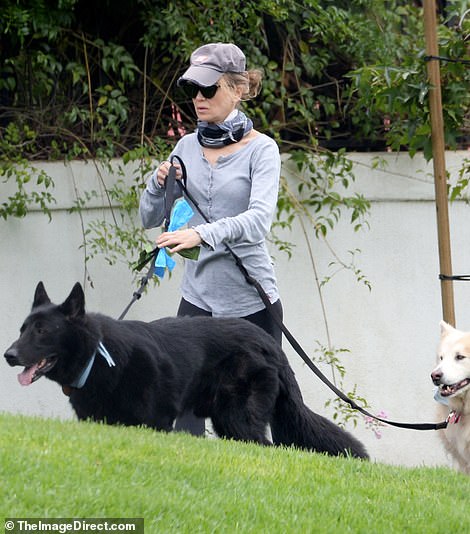 BFFs! The actress was also spotted enjoying some time with her two dogs in Laguna Beach on Monday

‘It’s finally here…’ he captioned the snap. ‘The first episode of #CelebrityIOUjoyride is available on @discoveryplus Monday the 23rd!! And it’s the incredibly magical Renee Zellweger

Things have moved fast for Renee and Ant, as while they only met at the start of June, the Academy Award winner is reportedly already calling him her ‘soulmate’, an insider told Us Weekly.

‘The relationship is headed in a positive direction,’ the source added.

Renée and Ant made their red carpet debut earlier this month at the Radford Motors gala at the Lyon Air Museum in Santa Ana, California.

Anstead is excited the pair can now do events together, with the insider adding: ‘Now he can show her off in a way when he attends work-related events.’

The loved-up couple are ‘really cherishing their time together’ before the actress returns to work.

According to the insider, Ant tries to maintain a low-key approach to his love life. They shared: ‘He’s more private. He was never one to post too much about his personal life.’ 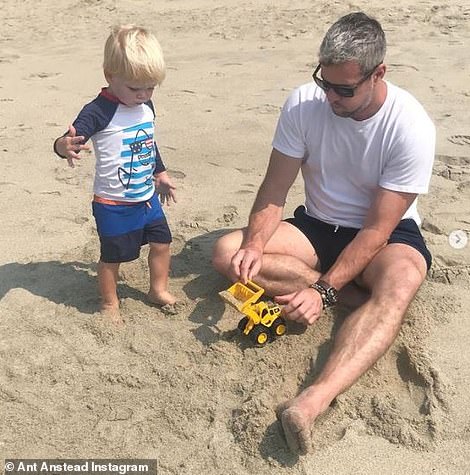 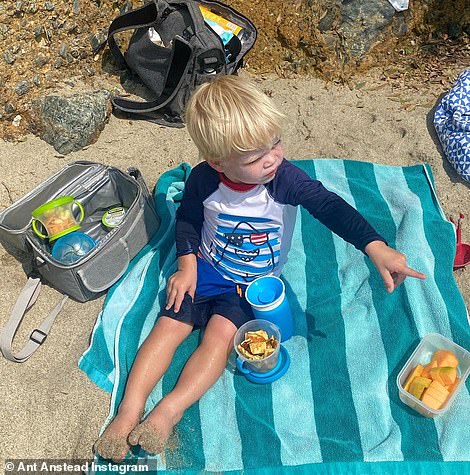 Aww: The doting father also posted several sweet snaps with his son Hudson, whom he shares with ex-wife Christina Haack, on Monday